What is Operational Excellence and How is it Measured?

For some, when using the term they are referring to the proper and consistent application of certain methodologies (Lean, Six Sigma, TPM, TQM, World Class Reliability, etc.) and tools (Kaizen, SMED, DMAIC, Kanban, Visual Management, etc.).  Leaders who think of operational excellence in these terms are focused on having the right work practices and business processes (i.e., doing work the right way).  For others, operational excellence is about creating the right work culture…one that stresses empowerment and rewards the right behaviors.  And there are others still that think about Operational Excellence strictly in terms of operational results and tangible value capture.

My view is that the proper definition resides at the intersection of all three interpretations.  So the simple definition I tend to use accommodates process, culture, and results.  Here it is (drumroll please)… operational excellence is building a sustainable competitive advantage through operations management.

It’s likely not an earth shatteringly profound definition for many, but if you’ll allow me to deconstruct the definition you may see why this is where I’ve landed:

The word “sustainable” is important because it reinforces the idea that operational excellence is not a mere aberration driven by some combination of good fortune and/or herculean effort.  Instead, an operationally excellent organization has a demonstrated track record of better performance than the competition and can reasonably project that circumstance to continue into the future.  The concept of “sustainable” competitive advantage also presupposes the broad-based implementation of proper work practices and business processes and the existence of a world-class work culture because good process and consistent discretionary effort are necessary to stay one step ahead of the competition for a prolonged period of time.

Additionally, the phrase “competitive advantage” is important for a couple of reasons.  First, it’s a nod to the reality that, at the end of the day, operational excellence is not an academic exercise or a social experiment, but a means by which to capture value for the business.  But it’s also more than that because there are other prisms through which to view competition.  For example, I would expect an organization that has achieved operational excellence to compete more effectively for external talent and offer more compelling job and career opportunities for current employees.  And, of course, organizations that are better at recruiting, retaining, and developing premier talent are much more likely to generate an operational competitive advantage, so there’s a paradigm at play here whereby those organizations that have the advantage are in the best position to maintain and build upon that advantage over time (i.e., “the rich get richer” so to speak).

This phrase makes it explicit as to where the competitive advantage is derived.  In this case, it comes from the way operations is run on a daily basis, including shop-floor work practices, leadership behaviors, and the rituals & routines to ensure that operations is doing the right things, and not from other sources such as better manufacturing technology or embedded characteristics in the product itself.  The latter two sources may generate a competitive advantage, but they shouldn’t be lumped in to the definition of operational excellence because they’re likely driven by engineering or R&D performance as the case may be.

How do you measure progress when it comes to operational excellence?

This is the textbook example of a 5 cent question with a 5 dollar answer.  At one level, the answer is simple.  If the organization is outperforming its peers on key operational metrics and winning or retaining business as a result, then it can probably claim to have achieved operational excellence.  And, fortunately, there are firms that provide detailed objective benchmark reports that can be used to peg where your organization falls on the “laggards to leaders” spectrum.

But external benchmarks only tell part of the story.  They’re simply providing a snapshot of performance for a sampling of companies against a set of lagging indicators, and the performance bar is always shifting because no organization is standing still.  That’s why it’s also critical to monitor the leading indicators to operational excellence because they provide a window into the pace of improvement within your organization and whether that pace is sufficient to either build or sustain a competitive advantage.  Questions that an organization that’s serious about operational excellence should be able to answer easily include:

At EON we’ve worked for more than a decade helping companies to create a sustainable competitive advantage through operations management.  And we’ve found that the companies who are most successful in this regard are the ones who take a balanced approach to the implementation of continuous improvement methodologies and tools with equal focus on process, culture, and results and have established the managing processes and governance model to ensure that operational improvement gets the appropriate focus within the organization.

That’s why we built EON.  EON helps companies to implement a balanced approach while also providing our clients with appropriate visibility into the nature and status of all improvement work.  If you’re committed to achieving operational excellence but are stuck trying to figure out the best way to advance it.

How To Advance Operational Excellence. 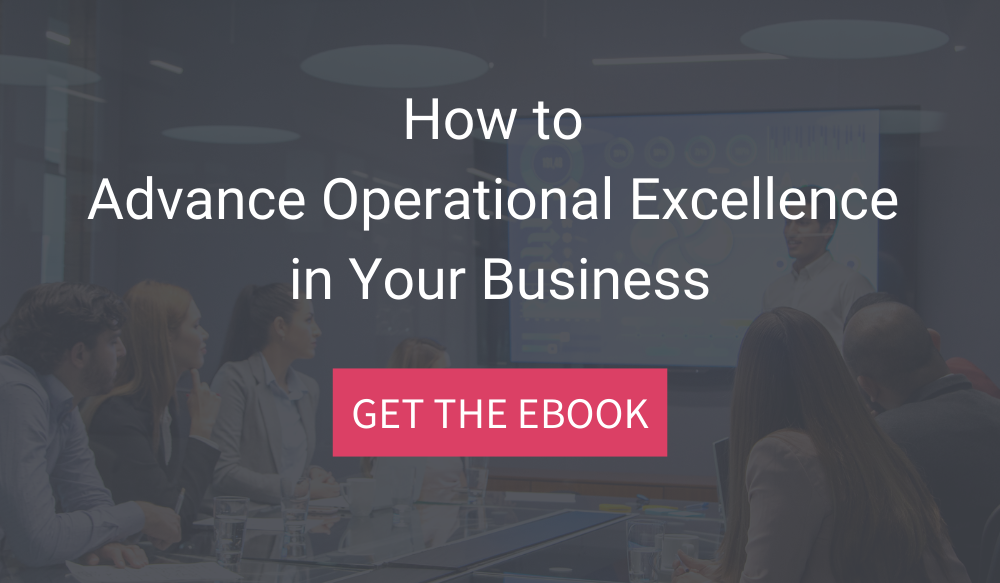